Bionic Vision Australia, in collaboration with a team at the University of New South Wales, has unveiled a working prototype of a bionic eye implant.  The system uses an eyeglass-mounted camera and pocket image processor that wirelessly transmit the image to a receiver implanted in the eye.  The implant is a chip with 98 electrodes that directly stimulate neurons in the eye’s retina, which can restore some vision to people with optical nerve problems like retinitis pigmentosa and age-related macular degeneration.

The company plans to start clinical trials later this year, with normal patients receiving the implants by 2013.

Full press release after the break.

Bionic Vision Australia (BVA) today unveils their wide-view neurostimulator concept – a prototype bionic eye that will be implanted into Australia’s first recipient of the technology.

The prototype, developed by BVA researchers at the University of New South Wales and unveiled today at the BVA consortium’s official launch at the University of Melbourne, will deliver improved quality of life for patients suffering from degenerative vision loss caused by retinitis pigmentosa and age-related macular degeneration.

The device, which is currently undergoing testing, consists of a miniature camera mounted on glasses that captures visual input, transforming it into electrical signals that directly stimulate surviving neurons in the retina. The implant will enable recipients to perceive points of light in the visual field that the brain can then reconstruct into an image.

Research Director of Bionic Vision Australia and Professor of Engineering at the University of Melbourne, Professor Anthony Burkitt says the device will deliver life-changing vision for recipients.

“We anticipate that this retinal implant will provide users with increased mobility and independence, and that future versions of the implant will eventually allow recipients to recognise faces and read large print,” he says.

Bionic Vision Australia Chairman, Professor Emeritus David Penington AC says the BVA team’s outstanding expertise will be the key to delivering their ambitious goal of providing bionic vision within the next five years.

“This is an exciting moment in our venture. The team’s success is based on our world class multi-disciplinary approach which uses vision clinicians, retinal surgeons, neuroscientists, biomedical and electrical engineers from across the nation,” he says.

BVA is a partnership of world-leading Australian research institutions collaborating to develop an advanced retinal prosthesis, or bionic eye, to restore the sense of vision to people with degenerative or inherited retinal disease. The partners of Bionic Vision Australia are the University of Melbourne, the University of New South Wales, the Bionic Ear Institute, the Centre for Eye Research Australia and NICTA.

In December 2009 Bionic Vision Australia (BVA) was awarded $42 million from the Federal Government. Professor Penington says the grant, provided over four years, will take the team to the point where commercial development of an implant at the back of the eye, responding to wireless transmission of vision, will become a reality.

Retinitis Pigmentosa sufferer Leighton Boyd says this exciting development gives him hope that he will once again be able to see the faces of his loved ones.

Our first look at Microsoft's new dual-screen foldable Android smartphone, the Surface Duo 2, including a comparison with the original Surface Duo. 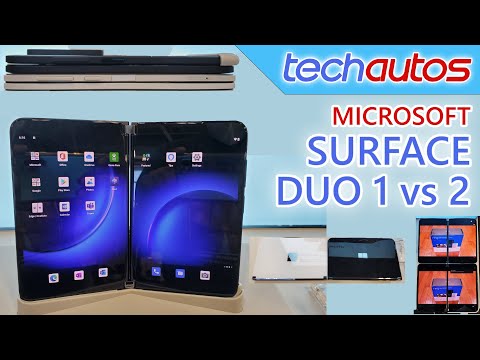 Bad Behavior has blocked 898 access attempts in the last 7 days.